Walt Disney World guests can now enjoy a Lady and the Tramp Valentine’s Day red velvet cupcake with dark chocolate ganache or a Cinderella vanilla cupcake with vanilla frosting for just $5.19 each. The Lady and The Tramp and Cinderella cupcakes both will be available at the following quick service locations: FairFax Fare, Pizza Planet, Starring Rolls, Backlot Express, ABC Commissary, Studio Catering Co., Rosie’s All American Café and The Trolley Car Café. 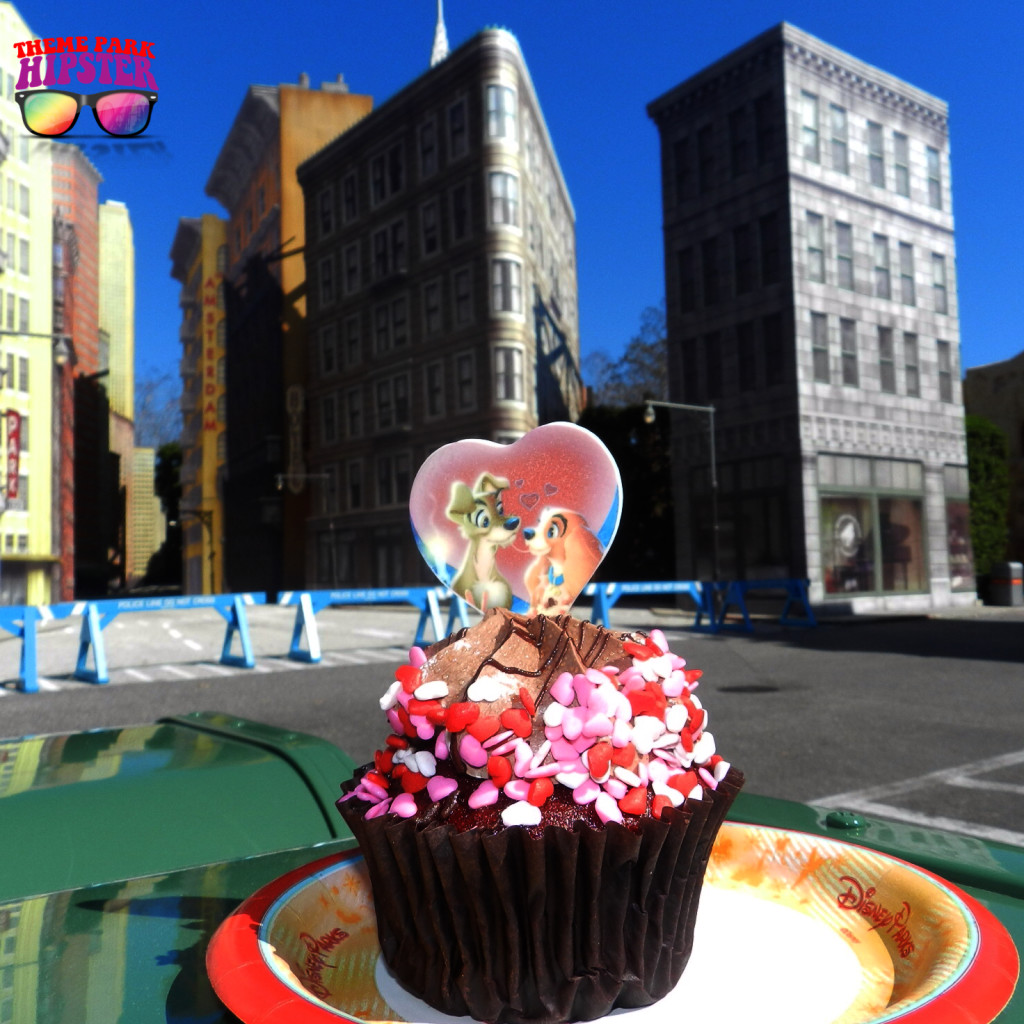 I had the great pleasure of tasting this special treat yesterday with OutdoorsyDiva. This red velvety delicious experience was scrumptious with rich, chocolaty delight in each and every bite. These cupcakes are included in Disney Dining Plan. The Valentine’s Day cupcake is available through March 1st and the Cinderella cupcake is available through March. 29th at Disney’s Hollywood Studios.

The new interactive queue has officially debut at Peter Pan’s Flight at Magic Kingdom Park. Guests are now able to watch Tinker Bell fly around and interact with Wendy, John and Michael’s toys. They’ll also see their own shadows come alive on the wall in the children’s nursery and get a sprinkle of pixie dust before they head off into Never Land with Peter Pan.

Disney Parks Blog author Pam Brandon worked with Disney chefs to create Kitchen Magic With Mickey, a cookbook featuring 100 recipes. Included are items such as an elegant Colette Champagne Cocktail from Remy on the Disney Cruise Line, smoked buffalo from Victoria & Albert’s at Disney’s Grand Floridian Resort & Spa,  Boo-Ya Chili at ESPN Club just to name a few. From high-end to family favorites, this cookbook includes a little bit of everything. In hopes of bringing a little bit of Disney magic right inside the home of guests.

Until next time, have fun in the parks Hipsters!